There are few opportunities with river and wood lots; and when one finds a site that has them, it makes good sense that the home optimizes views. Typical of the time, the existing home had good bones, but the room layout was disjointed. Two dining areas were located next to each other both small and repetitive in function. The interior was dark with little regard for sun from the large number of walls that divided the rooms. The entry had been confusing and walked right into the living area with the kitchen positioned on the dark side of the home.

It was a serene natural environment and a challenge that Amy Pretorius of Elevation Homebuilders was used to where her company does as many remodels as new builds. But ensuring the room layout flowed to the outdoor living required reimagining the floor plan. This began with removing several internal walls to accommodate a large kitchen and open-plan living, kitchen and dining space. Relocating the kitchen to the sunnier side of the home was a key part of the redesign. To create the large kitchen, the renovation required an addition at the rear, squaring off the home symmetrically from its previous zigzag-design.

The traditional-inspired kitchen required a keen eye and experienced skillset to incorporate all the modern attributes into its design. Kitchen islands have become the focal points of modern functionality operating as asocial hub as well as an eat-in kitchen area. The design of the 8’ island was to have seating on three-sides and a have a classic, comfortable appearance.Amy pursued an island that has the look of a furniture-like dining table. With its large legs, the cabinetry boasts shaker-style door panels. Seeking natural colors, olive-colored base cabinets are paired with white uppers and finished with brushed gold pulls and knobs.

Walk-in pantries are a requirement of today’s homebuyer and was added between the kitchen and garage with a pantry-door passage for dropping off groceries when unloading from the garage. To continue the traditional aesthetic, an antique farm door was incorporated into the classic kitchen. Also off the kitchen, a mudroom was added as well as a laundry room was moved to the main level relocating its previous location in the lower level. A powder room was moved to the kitchen-side of the home to accommodate a larger owners’ suite.

As part of the owner suite rethink, Amy wanted to create more closet space and a large spa-like ensuite bath. A birch vanity is paired with contrasting white and black tones including a large white subway tile shower framed in a black steel glass frame. The shower features a rain-shower, second shower head with a handheld, as well as doubles as a steam shower with its premium steam fixture and sloped tiled ceiling. The zero-entry walk-in shower provides a luxury experience with its elegant finish. A modern luxury toilet seat features a bidet, heated seats, night light, dryer, and deoxidizer.

Continuing to merge the home with it setting, the lower level needed to be reworked. The staircase walked into a wall that was a hall of rooms. It felt cramped and dark, so rooms were moved to have the staircase walk into the family room and recreation area which were previously two separate rooms. This resulted in maximizing the sense of light and space while working with the clean-lined design that blended on the main level living spaces. 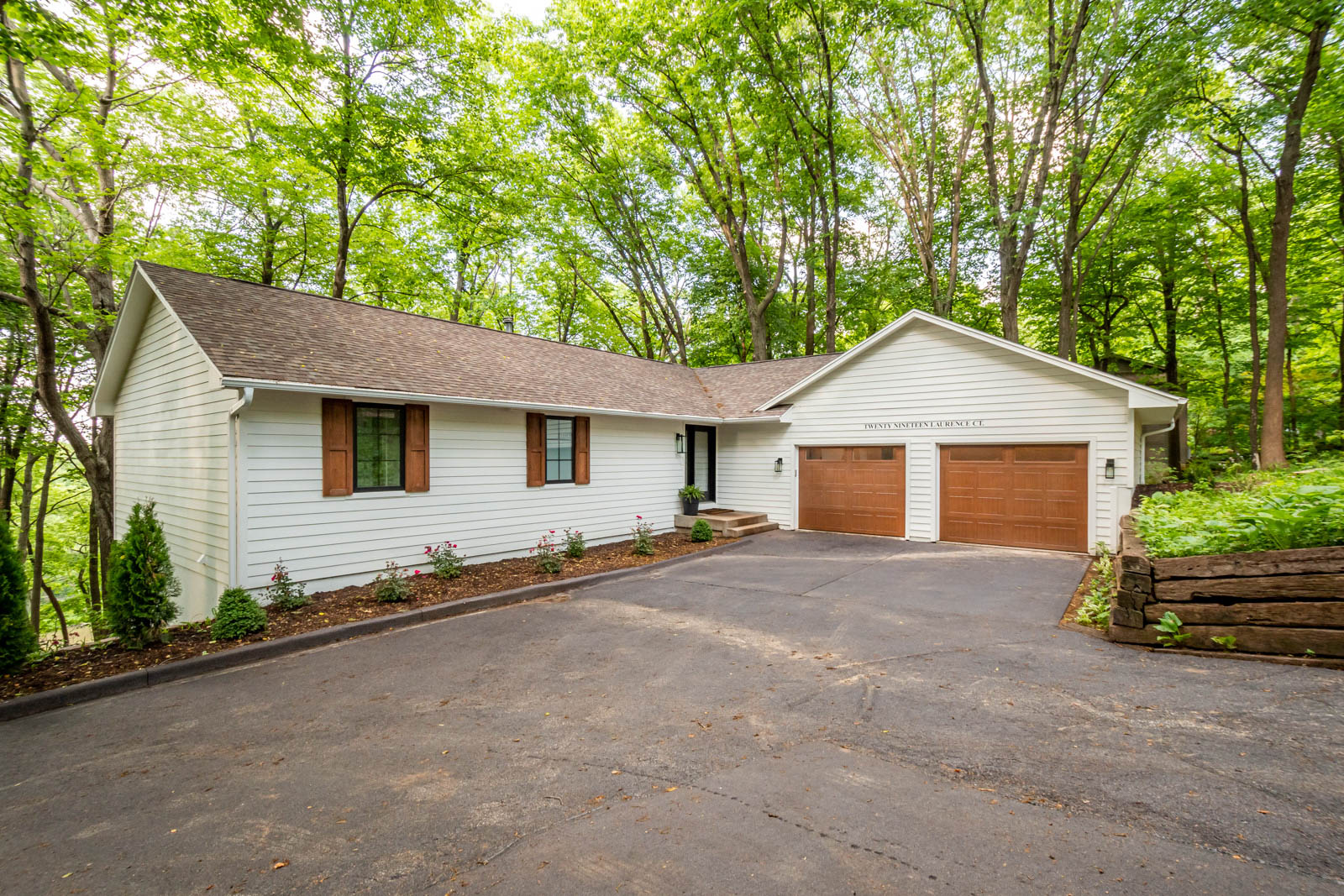 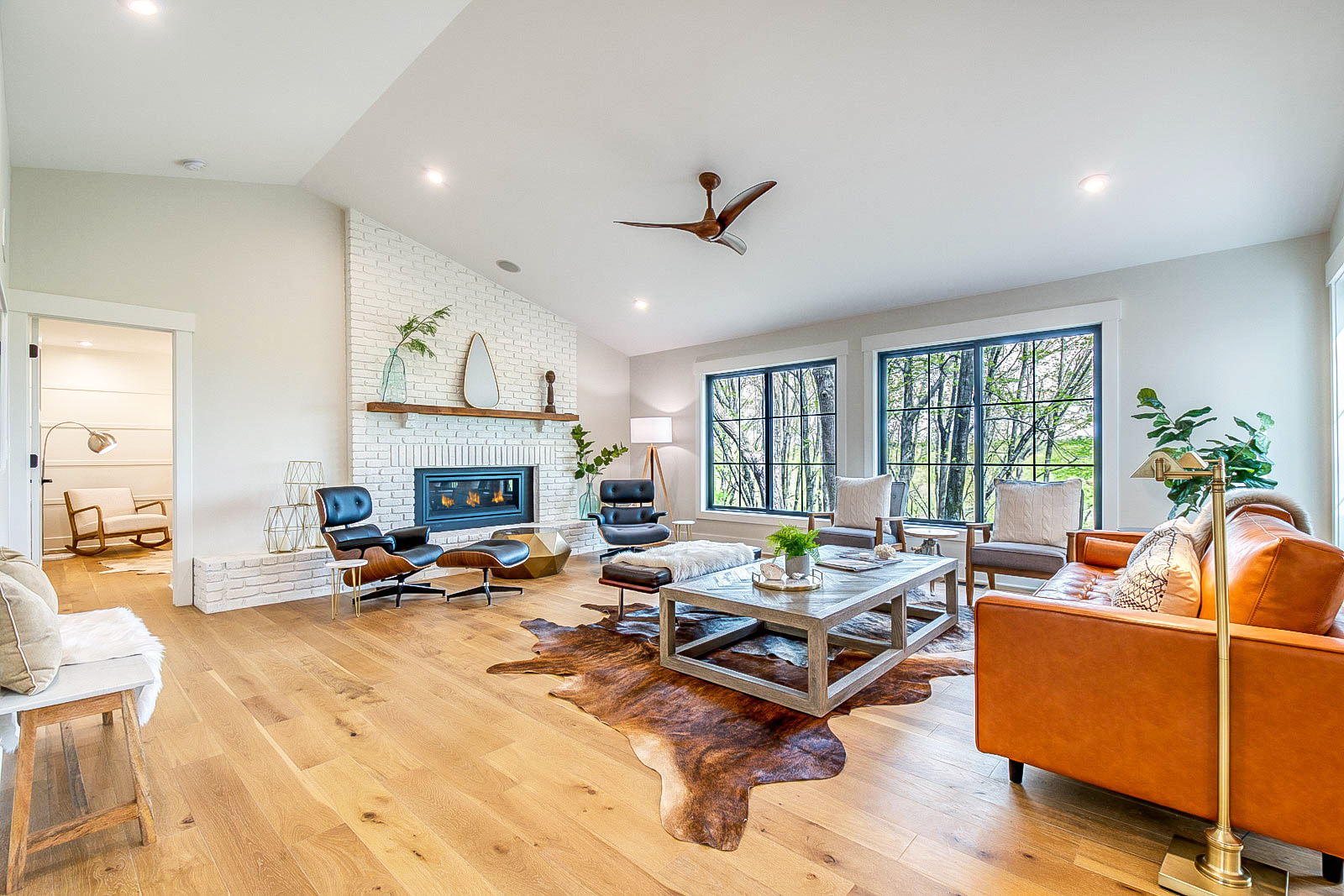 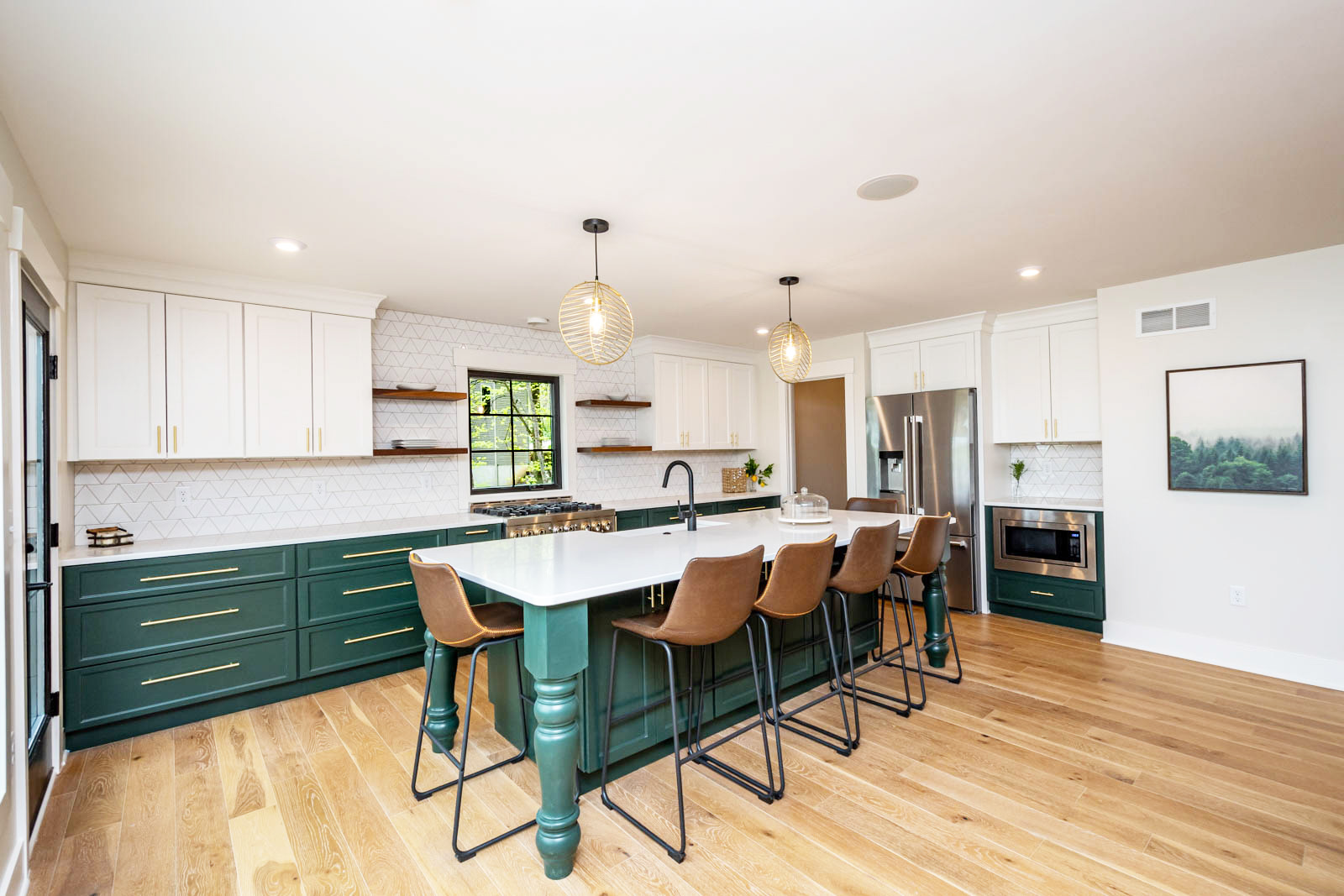 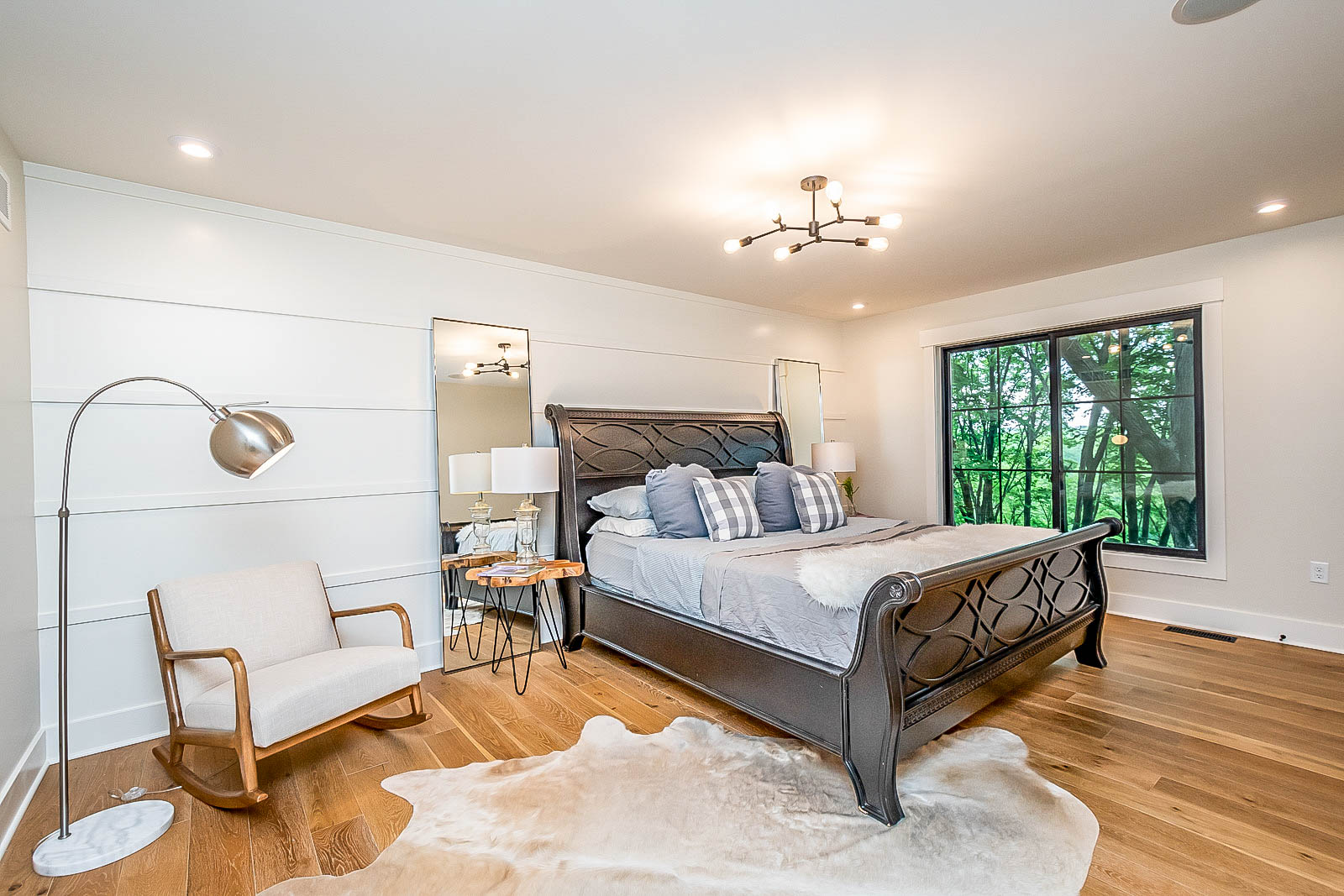 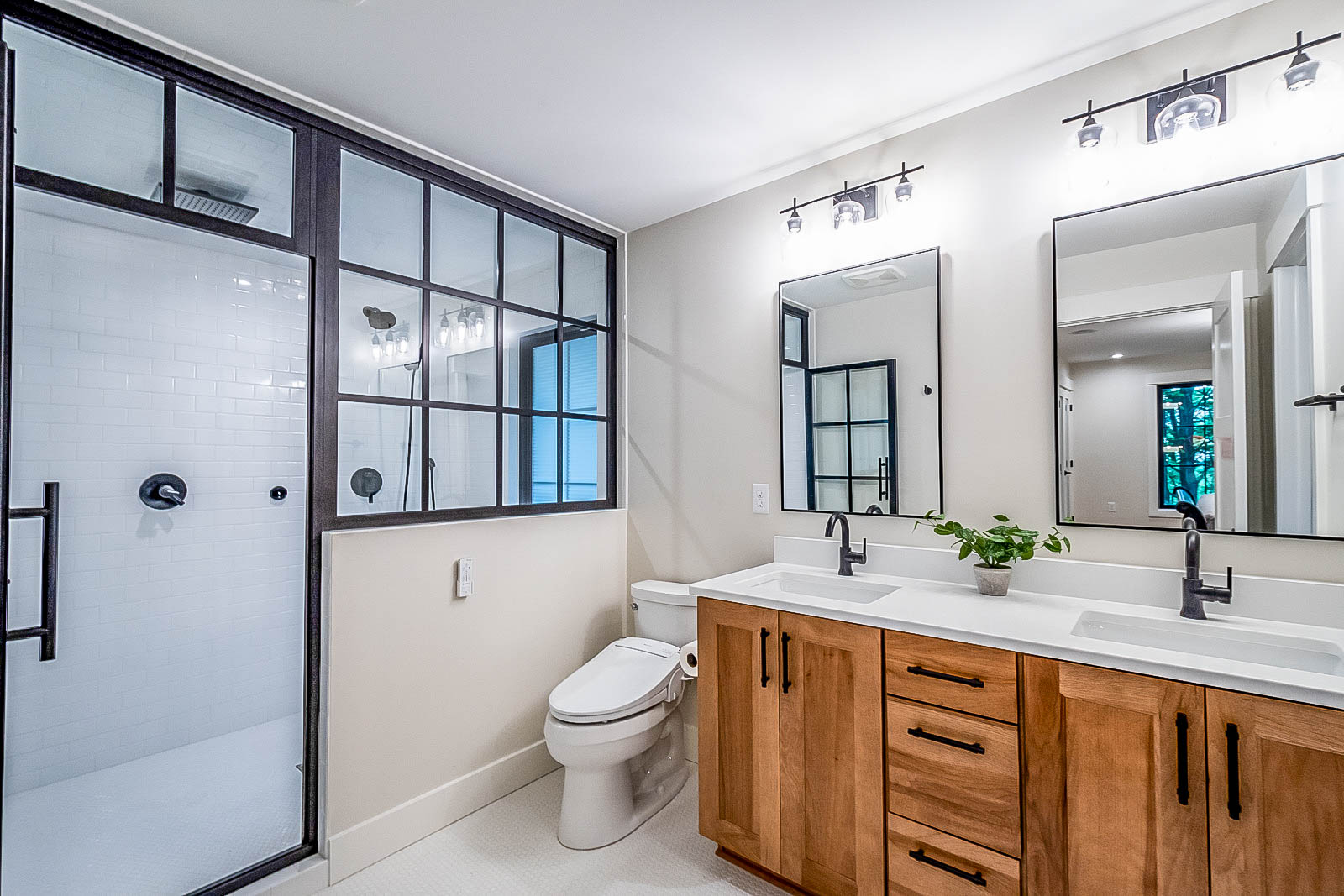 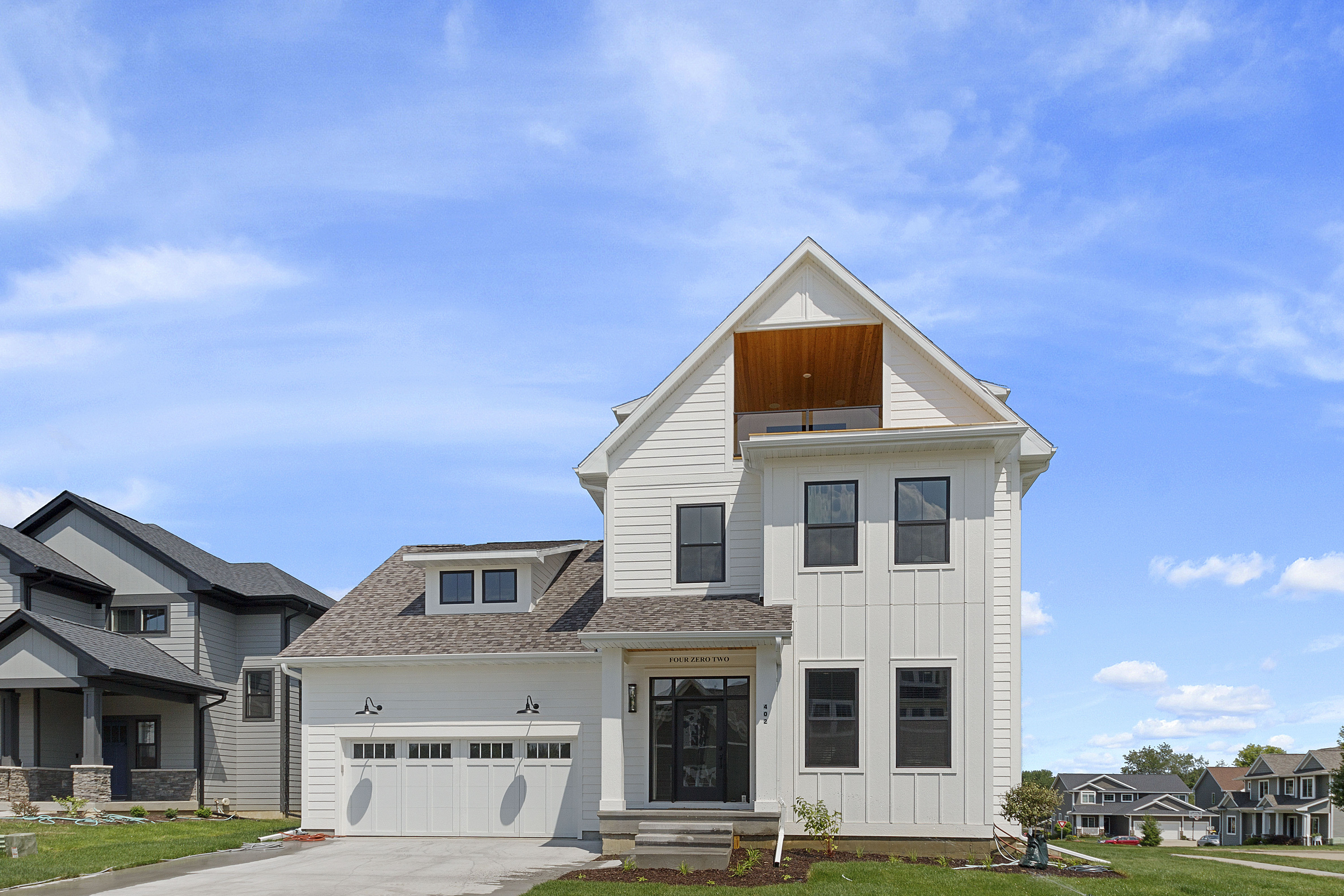 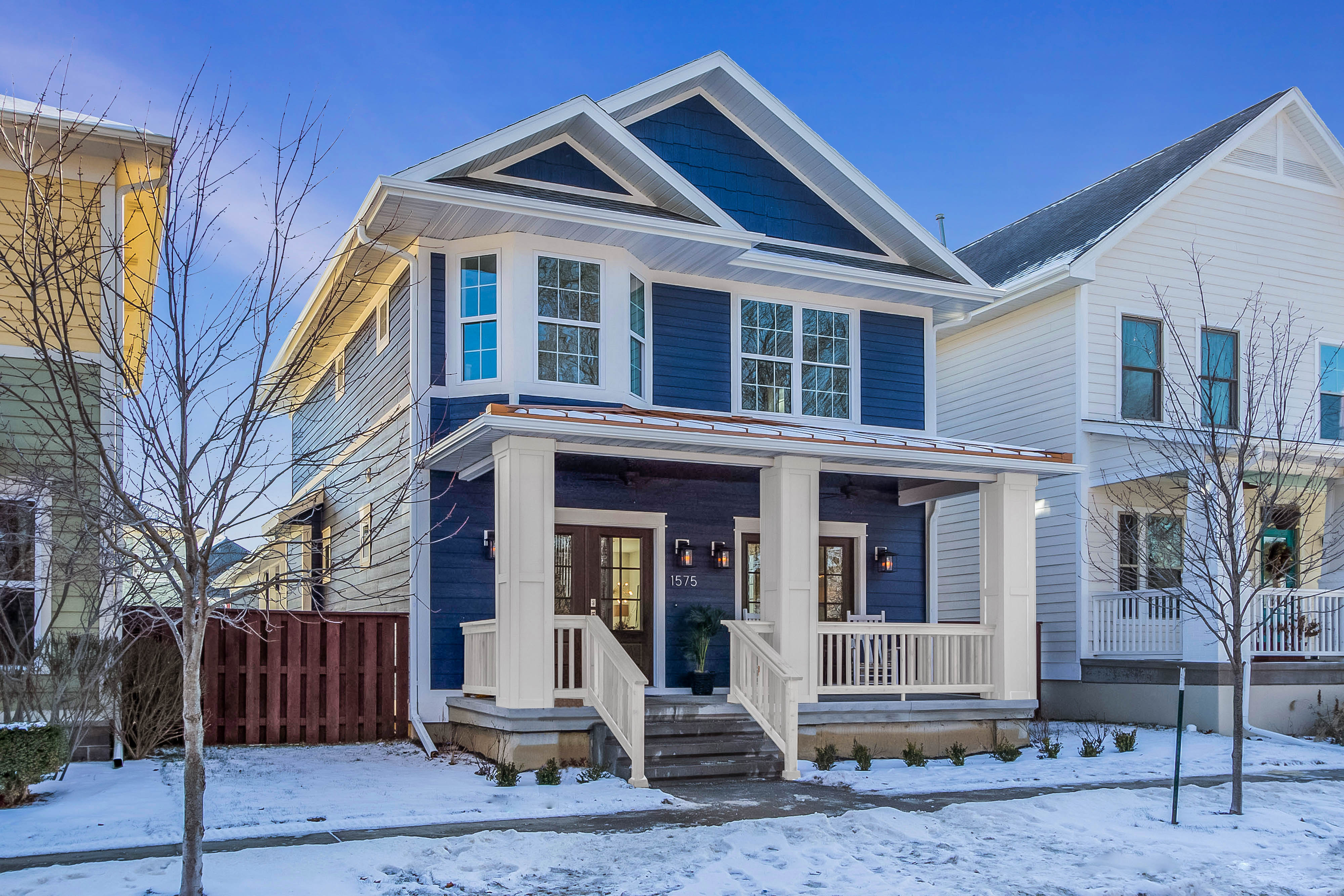